A variety of beliefs, flying in the blue sky, accompanied by firm eyes, draw a more beautiful arc. Farewell to the hot summer, ushered in the crisp autumn in September. In such a vibrant season, with the aim of "living happily and working happily" and improving the spirit of solidarity and cohesion among colleagues, Masung Group held the long-awaited opening battle of the 6th "Masung Cup" basketball friendly match on September 18th, 2021. 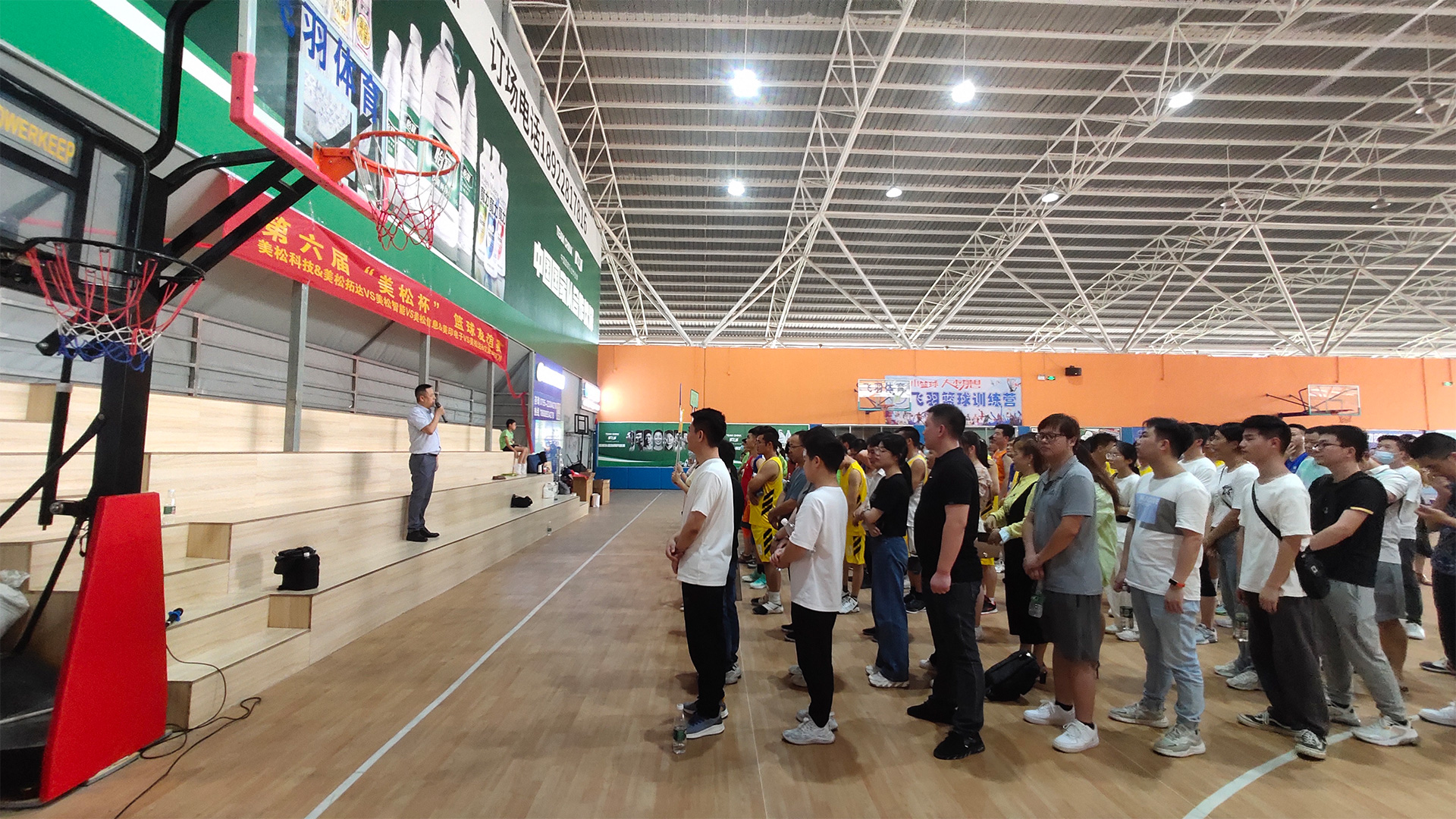 The participating teams are composed of Masung Group and its subsidiaries: Masung Technology & Masung Toda Team, Masung Intelligent Team, Masung Information & Masung Electronics Team, Maxound & Lipai & Zhibaichuan Team. At 3: 00 sharp, all the Masung people gathered at Shenzhen Gongming Basketball Hall and kicked off in the impassioned opening speech of Mr. Liao Wei, General Manager of Masung Intelligent. At the opening ceremony, the referee and team representatives took the stage and swore: in line with the principle of friendship first and competition second, respect the referee, respect the opponent, the level and style of competition! 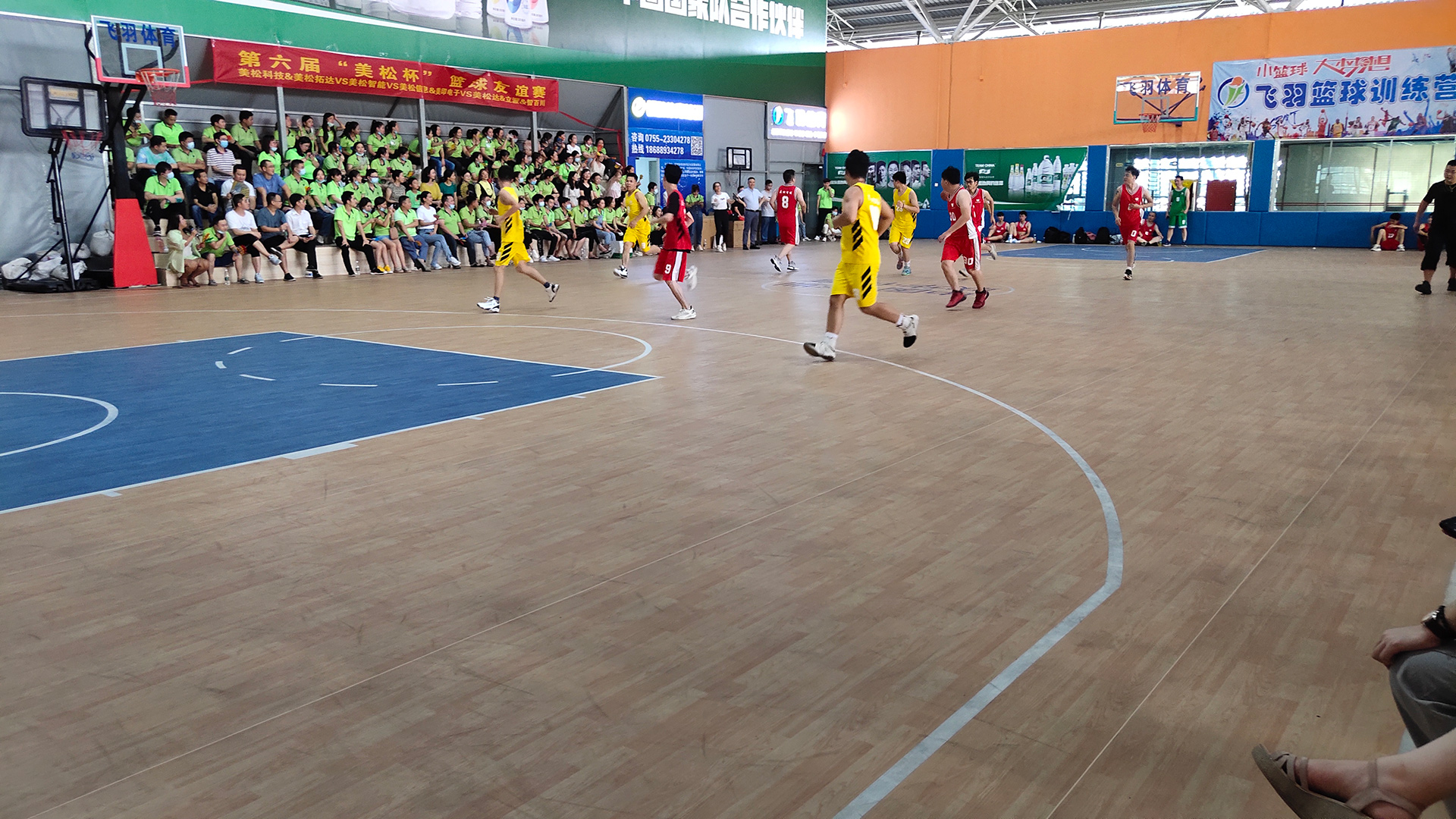 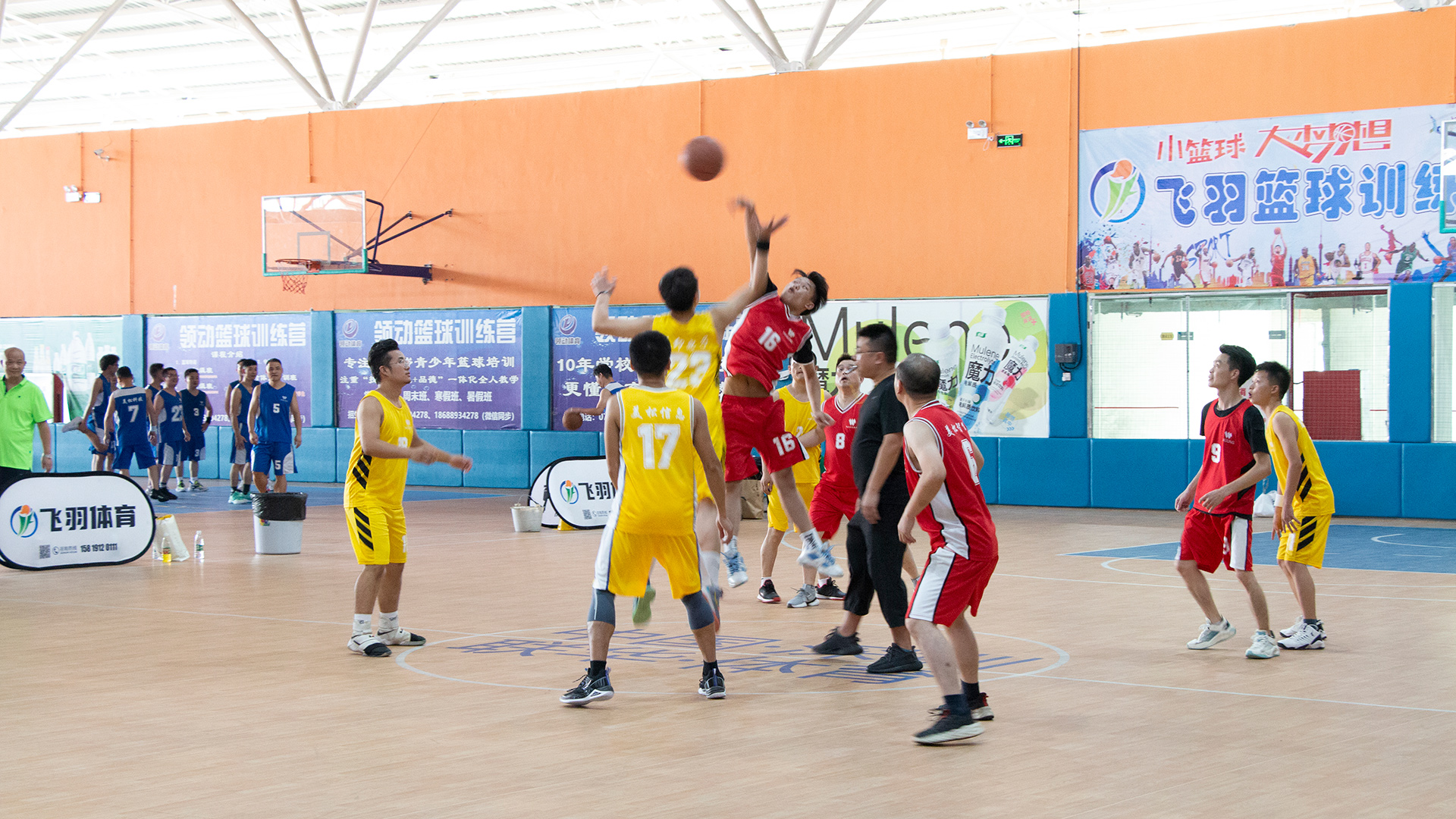 With the whistle of the referee, the competition officially started. For the first time, Myitsone Intelligence Team played against Myitsone Information & American-Indian Electronics Team. The players of Masung Intelligent Team feel hot and struggle hard, carrying, dribbling, shooting, or attacking or defending, especially Xiao Guiyun's three-point shot won the screams of off-court beauties. Masung Information & American-Indian Electronic Team is unwilling to show its disappointment, constantly changing tactics and cooperating with each other. The climax of the competition scene is endless and wonderful, winning bursts of applause from the audience from time to time.
After more than three hours of fierce competition, Masung Technology & Masung Toda team, with the tacit cooperation and 12-point passion, "desperately" fighting capacity, used its unique tactics to overtake the score. Finally, Masung Technology & Masung Toda team slightly beat Masung Intelligent Team, the first in the group stage, by 30: 27, and won the championship of this competition! 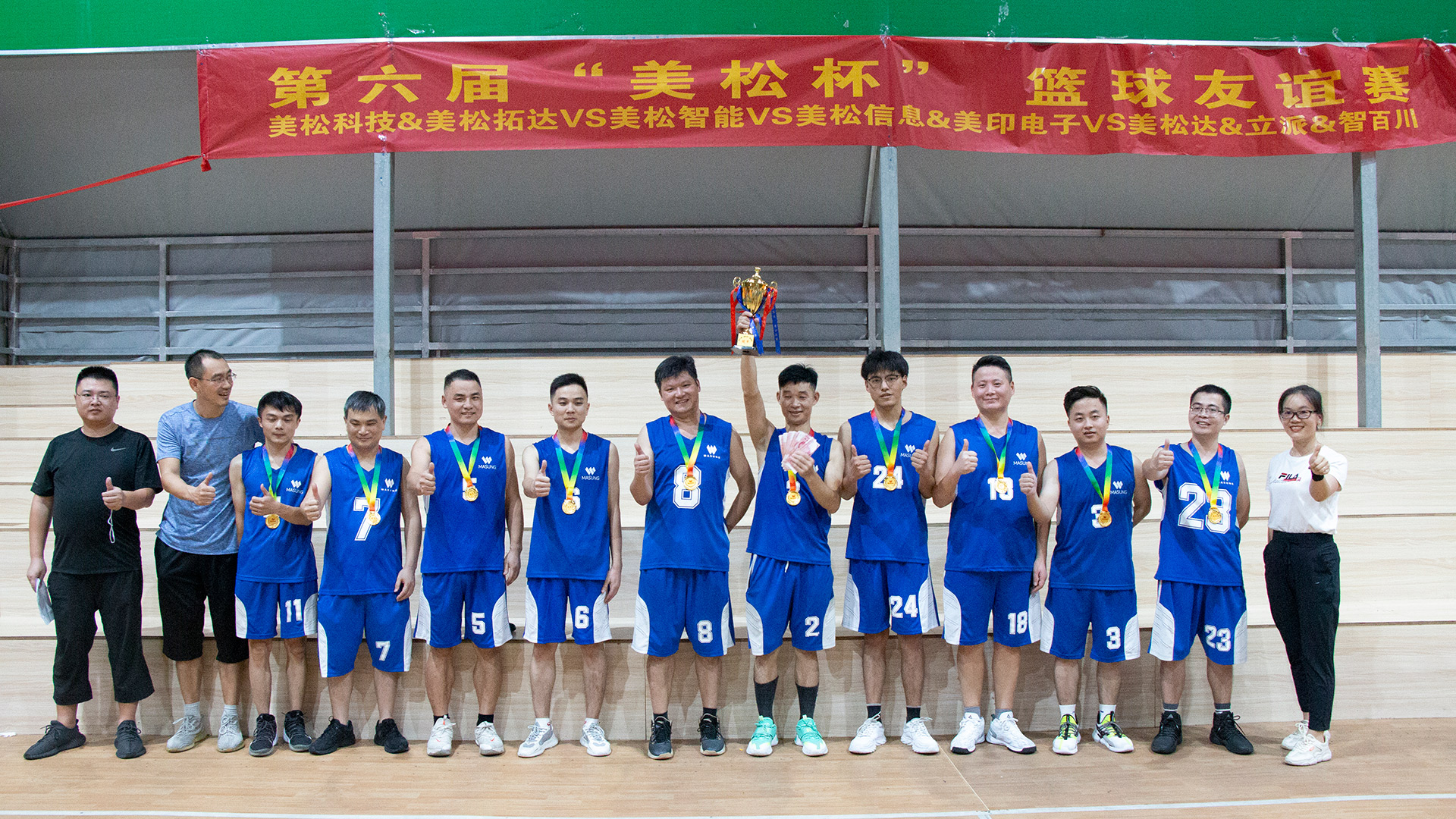 In the course of this basketball match, the players devoted themselves to their best efforts, which not only challenged the will and speed, but also tested the cooperation and cohesion of the team, and fully demonstrated the good spirit, style, level and friendship of the basketball teams of various companies. Just as Ms. Li Xiaoyu, the person in charge of human affairs on the podium of the championship, said: Thanks to the wonderful performance of each player, it is their hard work that makes the whole game climax constantly, with ups and downs, which brings us a unique and wonderful event and shows the youthful style of Masung people! 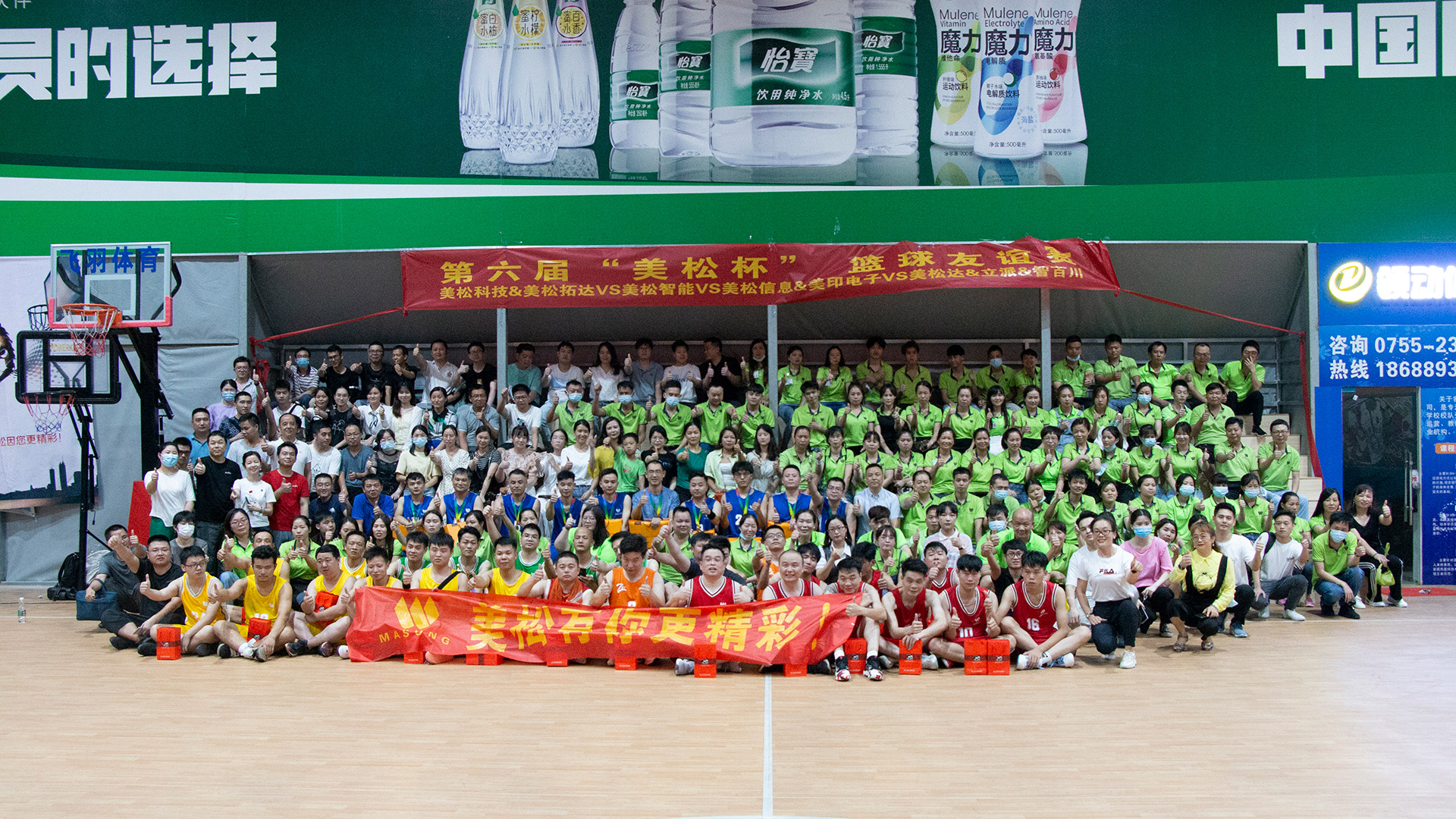 The complete success of this basketball match can not be separated from the strong support and hard work of all the American pine people. Basketball, as a positive sport, has delivered a healthy and sunny life style for the American Pine people. We will definitely love life and work more, and truly practice "happy life and happy work"!